At LLNL, scientists often rely on a simple guiding principle: solutions to important national security problems arise from the study of fundamental physics. Synergies occur even in unexpected domains. LLNL neutrino physicists, in the course of investigating the fundamental properties of neutrinos, have been able to exploit this elusive particle to develop tools for nonproliferation and nuclear treaty verification.

The antineutrino and its antiparticle the neutrino are two of the thirty-six particles that are defined within the reigning paradigm of particle physics, known as the Standard Model of Elementary Particles. First postulated by Fermi in the 1930s and discovered by Cowan and Reines in 1950s, neutrinos and antineutrinos play a central role in radioactive decay, the life and death of stars (including our own sun), the Earth’s thermal balance, and possibly the large-scale structure and evolution of the universe. 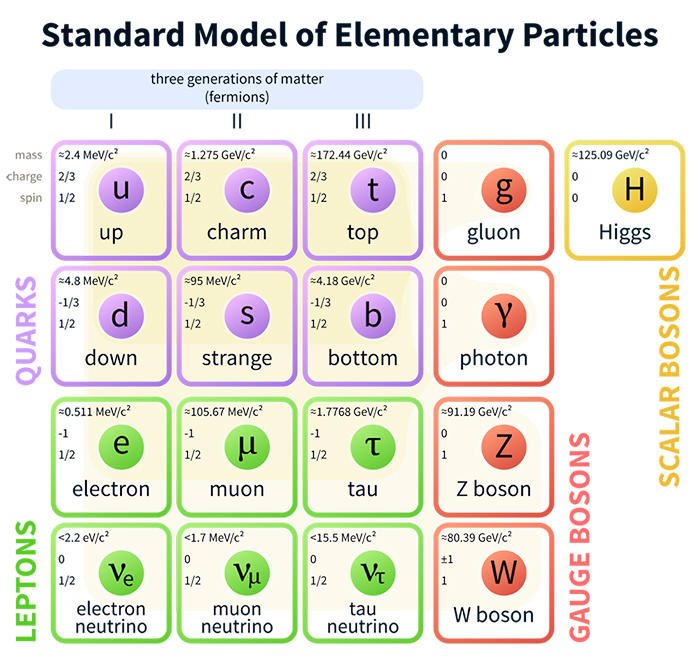 Neutrinos and antineutrinos are naturally occurring fundamental particles, emitted by the sun, the Earth, distant stars, nuclear reactors, particle accelerators, and other natural and manmade sources. The neutrino sector has a rich structure: three types, or “flavors,” are known to exist—electron, muon, and tau—each associated with its charged lepton partner.

Physicists, using increasingly sophisticated detectors, have been investigating neutrino properties for decades, including their mass, their mysterious quantum mechanical propensity to change their flavor as they move through spacetime, and their relation to the overall matter-antimatter asymmetry of the universe. Ongoing fundamental studies of neutrinos at LLNL include a search for a new neutrino type (PROSPECT), an experiment to determine whether the neutrino and antineutrino are in fact the same particle (nEXO), a direct measurement of the mass of the neutrino (Project 8 ), and research into detection of coherent scattering of antineutrinos from nuclei.

This work is closely linked at the level of technology to other fundamental physics efforts at the Laboratory, including the search for weakly interacting massive particles (LUX and LZ) and axions (ADMX). Either or both of these particles may be constituents of dark matter—known from astrophysical evidence to permeate the universe—with a total mass roughly five times that of visible matter like stars and planets. In addition, our fundamental physics work connects to an exciting new branch of applied physics in which Livermore has played a seminal role: applied antineutrino physics.

Antineutrinos are emitted by nuclear reactors (among many other natural and artificial sources). As a national security laboratory, LLNL has pioneered what has become a robust global effort in applied antineutrino physics—applications of antineutrinos to the monitoring of nuclear reactors and spent fuel in nonproliferation contexts.

From a nonproliferation and nuclear security perspective, reactors are of interest as the birthplace of the world’s plutonium, and, inextricably related to this production, the source of huge numbers of antineutrinos. By measuring the rate, energy spectrum, and (eventually) the direction of antineutrinos emitted by reactors, the fissile content, operational status, and power level of the reactor can be monitored in near-real-time. 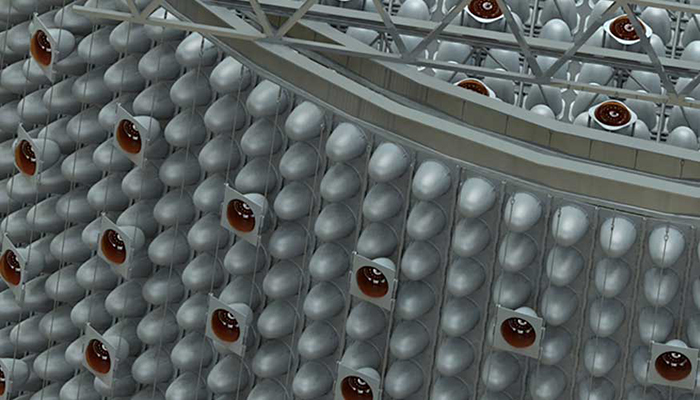 LLNL has a long history of developing technology and using concepts for applied antineutrino physics. A series of experiments performed by Lawrence Livermore and Sandia national laboratories confirmed that it was possible to extract information about the fissile content of reactor cores with detectors of simple design.

Our current applied programs include the XeNu experiment. The XeNu effort aims to determine whether xenon-based detectors can be used to detect a neutrino interaction known as coherent scatter, which occurs when neutrinos (or antineutrinos) interact with nuclei. Depending on the mass of the nucleus, this interaction channel is several orders of magnitude more probable than other neutrino interactions. If coherent scatter detection of reactor antineutrinos is shown to be possible, it may enable the development of convenient, relatively small-scale detectors for reactor monitoring. 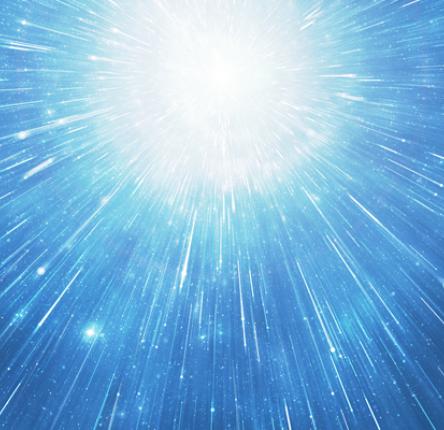